This scenario is a classical scenario for the Northern Pacific, for which long term observations of meteorological parameters and temperature profiles are available. The station Papa at 145 deg W, 50 deg N has the advantage that it is situated in a region where the horizontal advection of heat and salt is assumed to be small. Various authors used these data for validating turbulence closure schemes. [caption id="attachment_488” align="aligncenter” width="640”] 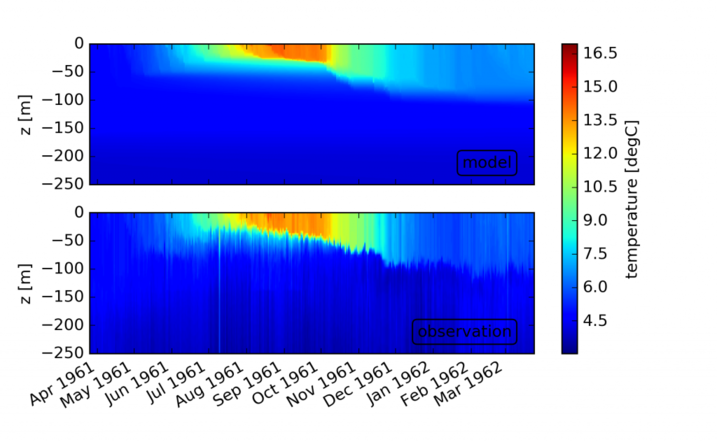